Yesterday after a scenic drive from Ceuta, I arrived in Tangier. Known for it’s literary scholars, mesmerizing blue waters, and view of Spain, this city served as a semi-independent international zone for several years and provides a unique blend of cultures.Brief history lesson: When Morocco was divided between France and Spain, Tangier was turned into an “international zone” composed of various different sectors, like West Berlin in the Cold War. Many countries (such as the US, Spain, France, Portugal, Sweden, Holland, Italy, and Belgium) had a piece of Tangier, which encouraged a variety of people to migrate and form nearly half of the population. One can imagine the sort of multiculturalism environment that ensued. 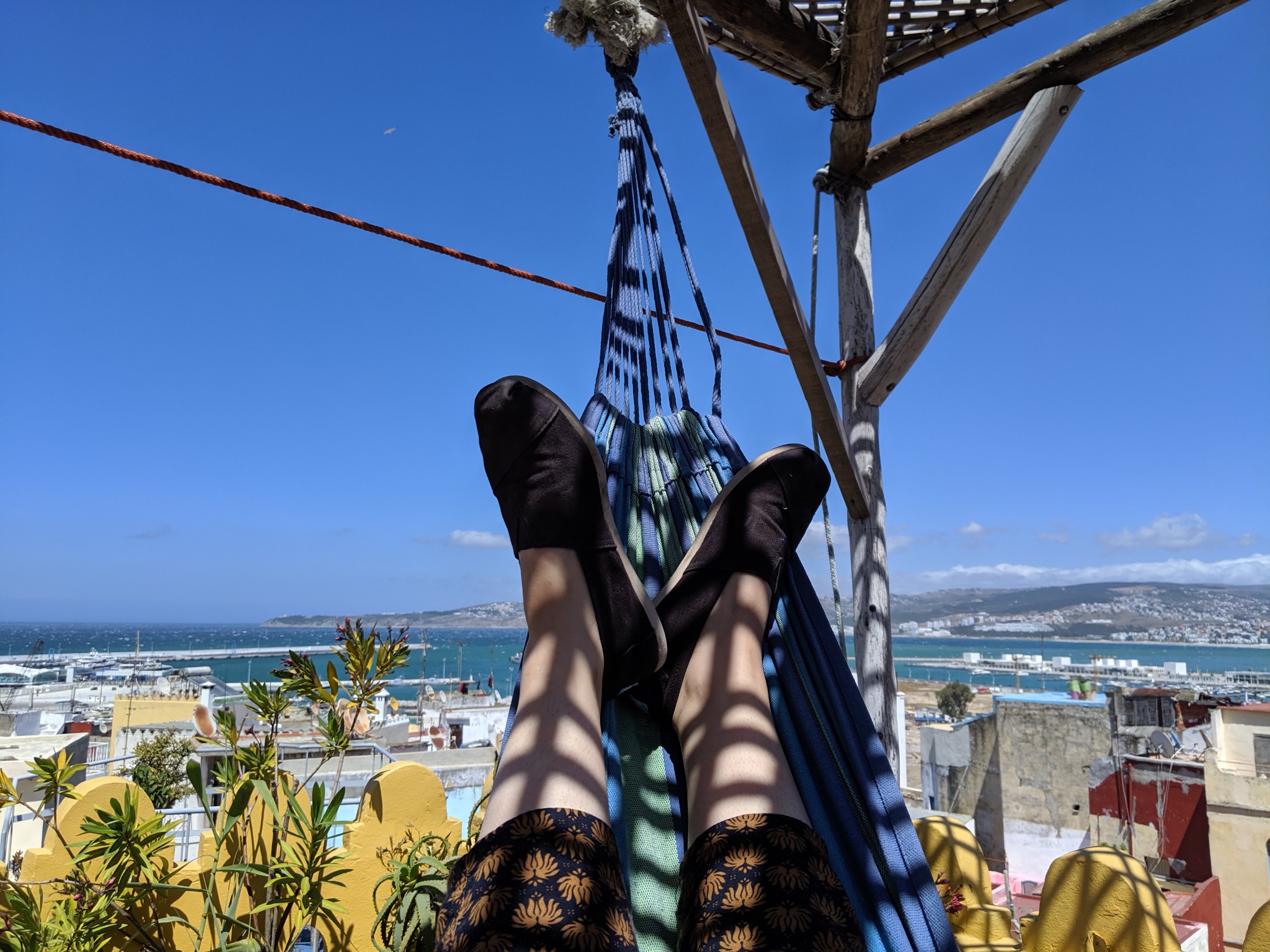 I arrived in Tangier early, and after recovering for a few minutes from my Ceuta experience, I went out into the medina. Like Fes, Tangier is composed of an old part and new. I’m currently residing in the old part right beside the medina, which is essentially a labrynth full of many shops and restaurants. 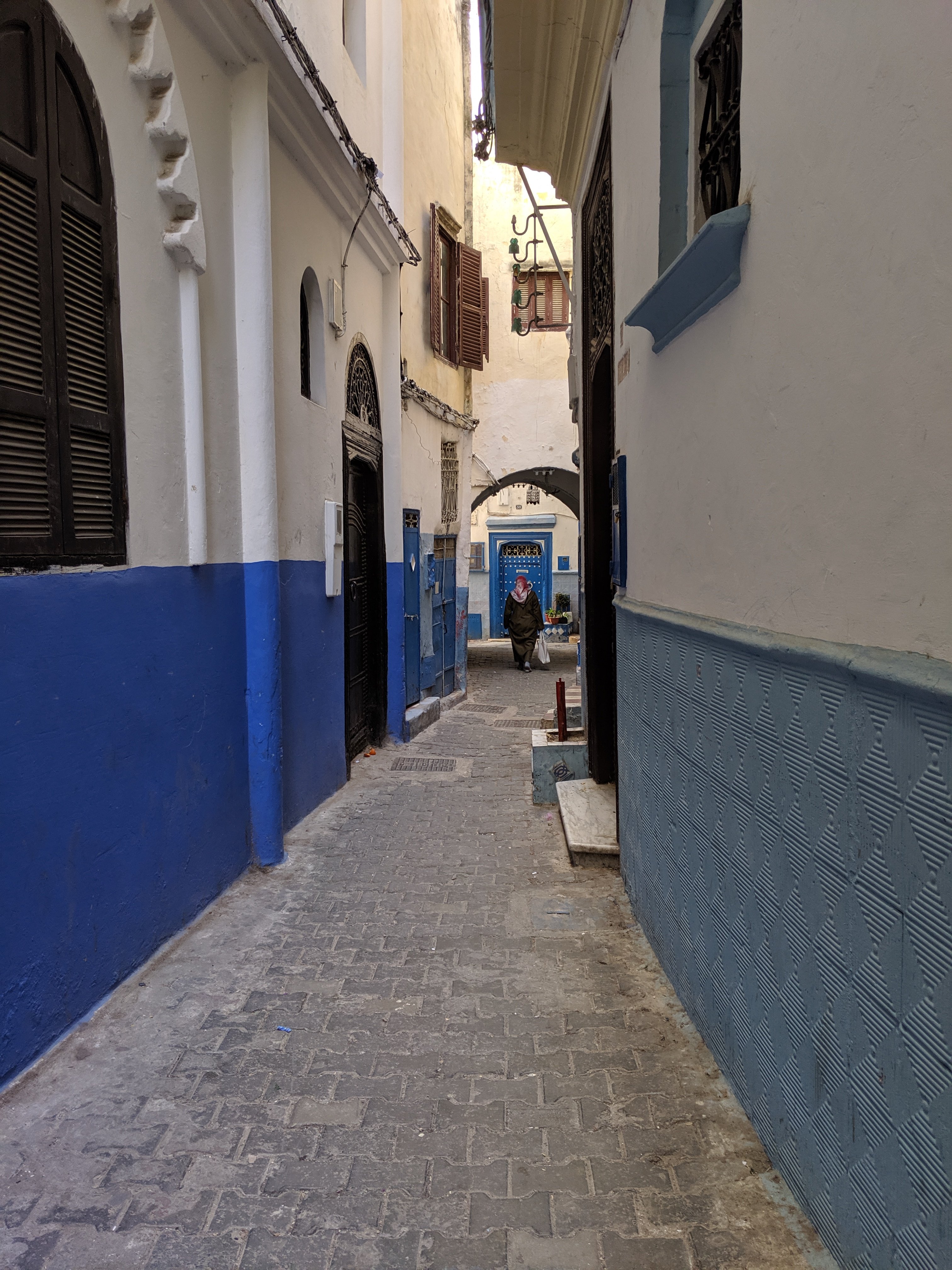 After an hour of wandering, I was substantially lost. This was my first time exploring alone as a female, and I did notice I got a lot more attention from not only shop vendors, but also little children looking for lost tourists. When I explored Fes, I was with my two British mates, and was hardly ever approached. However in Tangier, I was followed by a few children trying to get me to pay them for directions, and even a male tour guide who was insistent he would give me a tour of the medina unlike anyone else’s for a “very very good price.” In situations like these, I have found that the best thing to do is step into a hotel or shop until I am left alone. So far, this method has worked.By chance, I came across the American Legation Museum and learned a surprising fact: Morocco was the first country to recognize American independence in 1777. I had no idea there existed such a deeply rooted history between Morocco and the US. 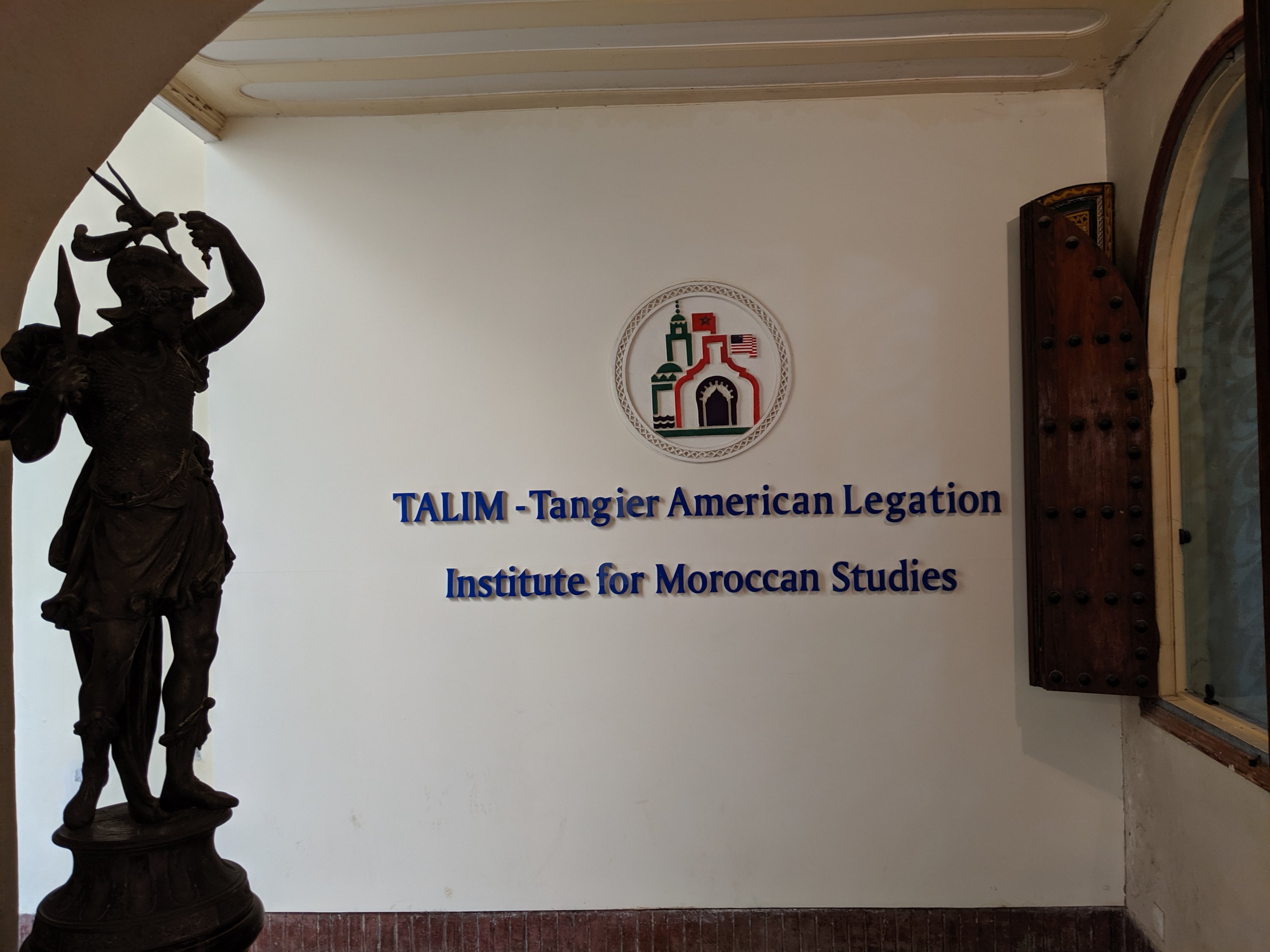 I also found the sense of familiarity instilled in me by just being present at an American institution to be overwhelming. Though I haven’t been traveling that long, I didn’t realize how seeing a picture of Obama in a museum would emotionally affect me. Maybe it was the fact that this place offered me a sort of sanctuary after being mildly harassed, but I felt an odd sort of patriotism seeing evidence of the American-Moroccan relationship.After an interesting experience traveling solo for a little through the medina, but I was grateful when I found a friend in the hostel. Immediately I noticed a difference in the levels of attention I was receiving, and was happy to have someone else to help me bargain. 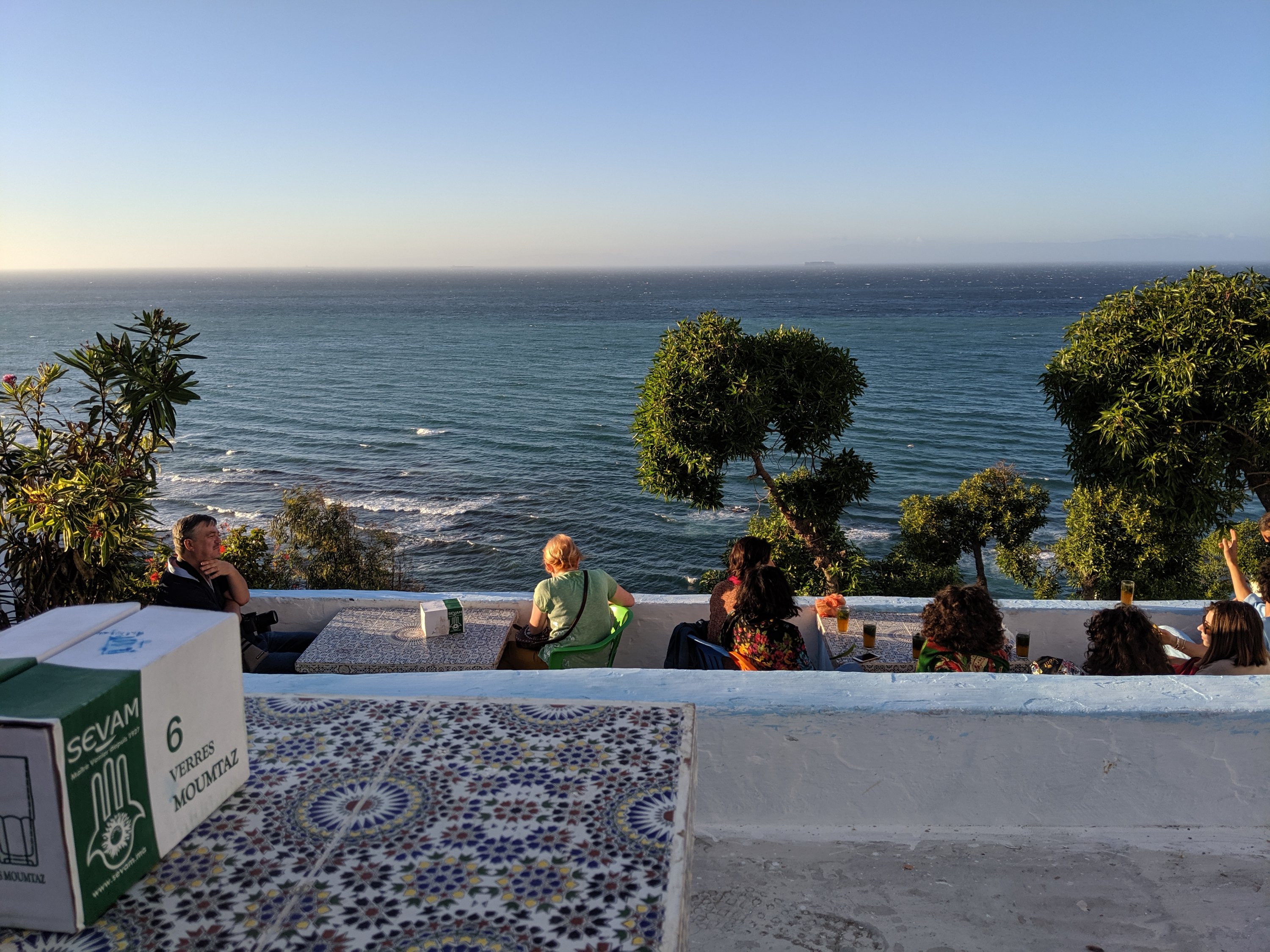 ^view from a restaurant