My second and final day in Fes consisted of wandering around the medina with two British lads. As I had suspected, when I didn’t have a guide with me, people began to haggle and approach more. I wore a djellaba I brought from home, but my compadres were both dressed in shorts and baseball hats, so it was pretty obvious we were tourists.

* I’m the youngest person I’ve met in the hostel yet. Everyone is at least 22. *

We didn’t really experience any severe harassment, but several people attempted to tell us roads were closed (when they weren’t), lead us into their family’s tannery, and a little kid followed us for a good fifteen minutes, before insisting he had guided us to the main street and badgered us for money. He pestered each of us until he found a weak link-the chap from Liverpool- to give him several dirhams. 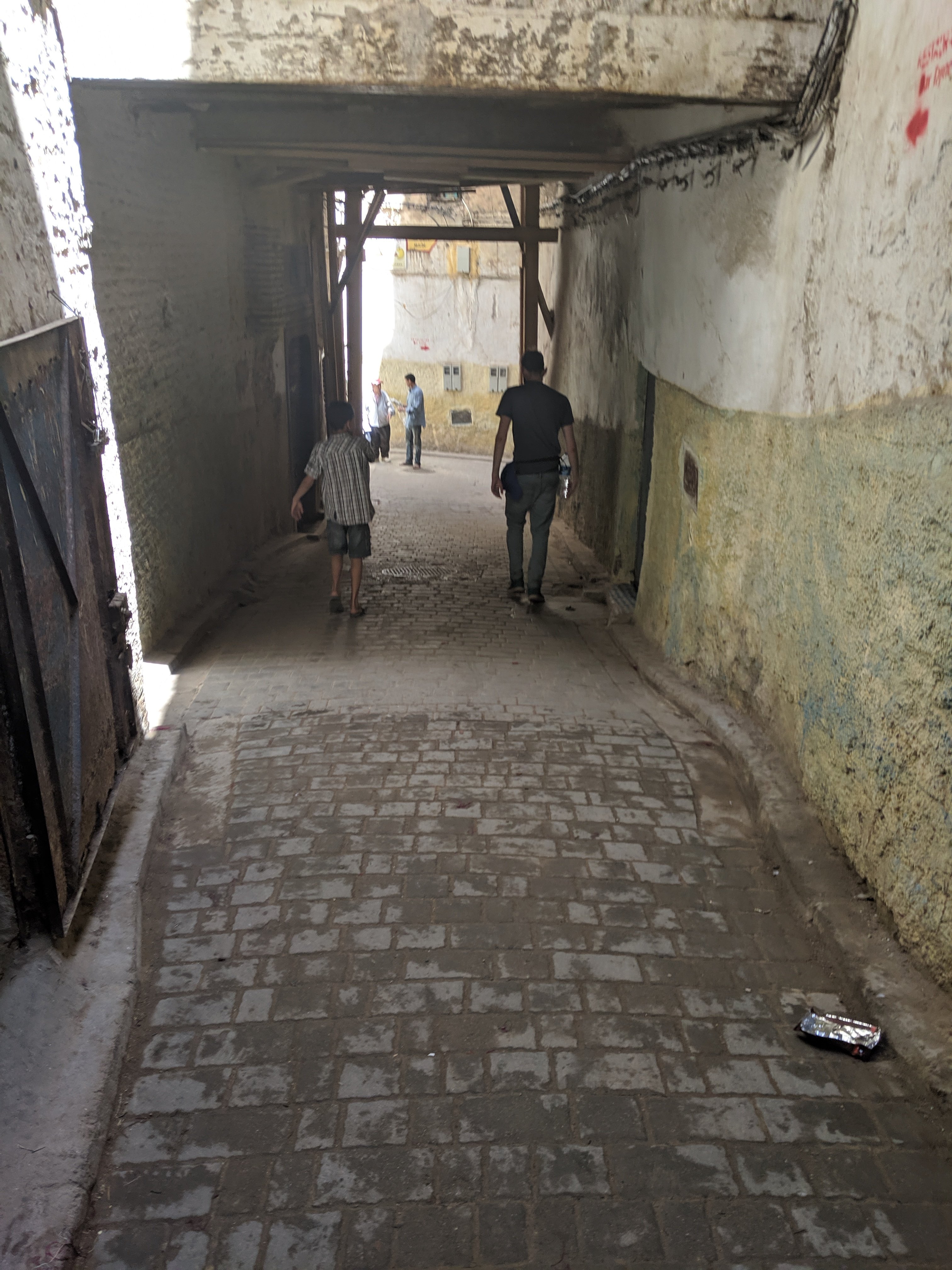 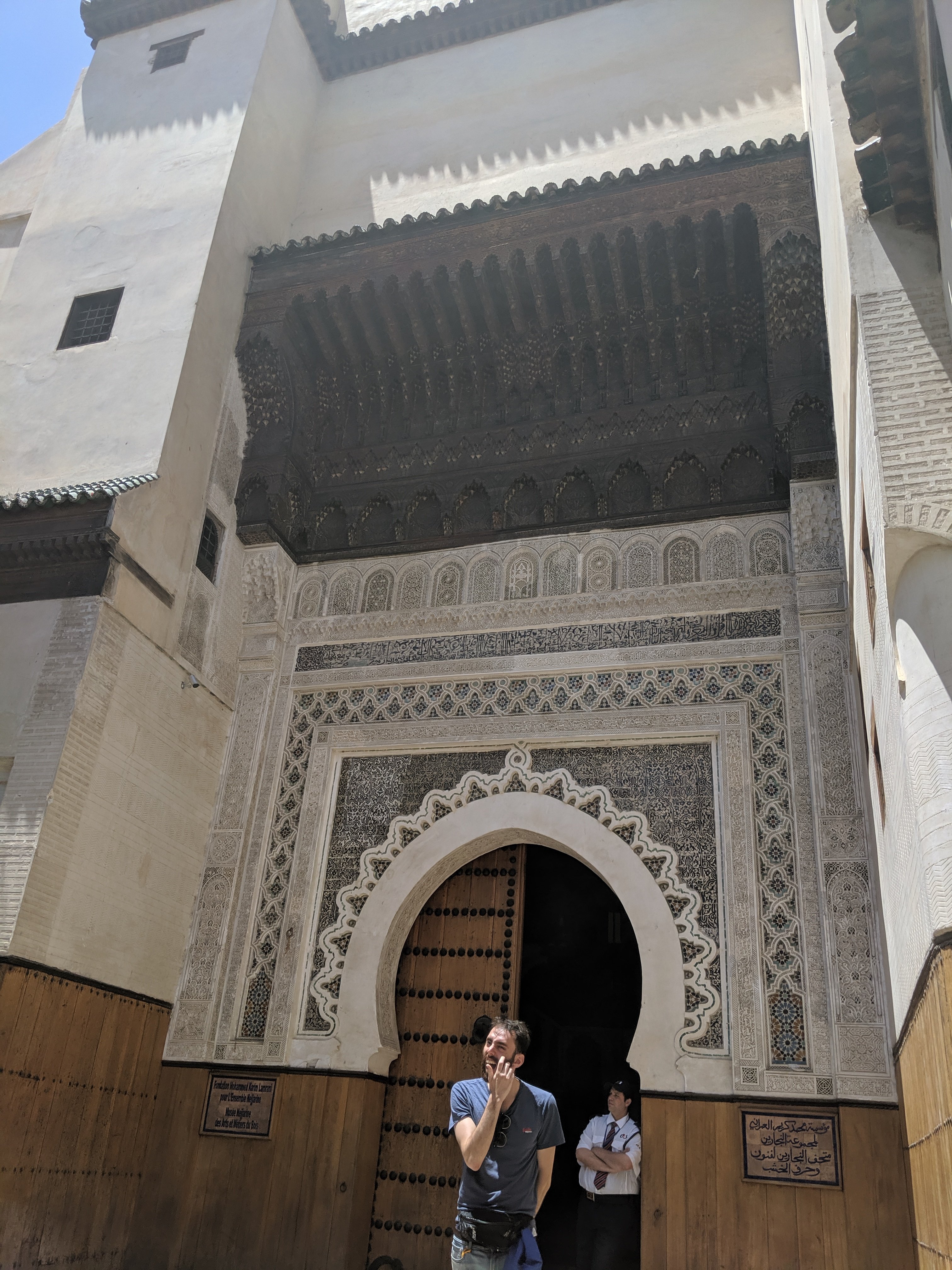 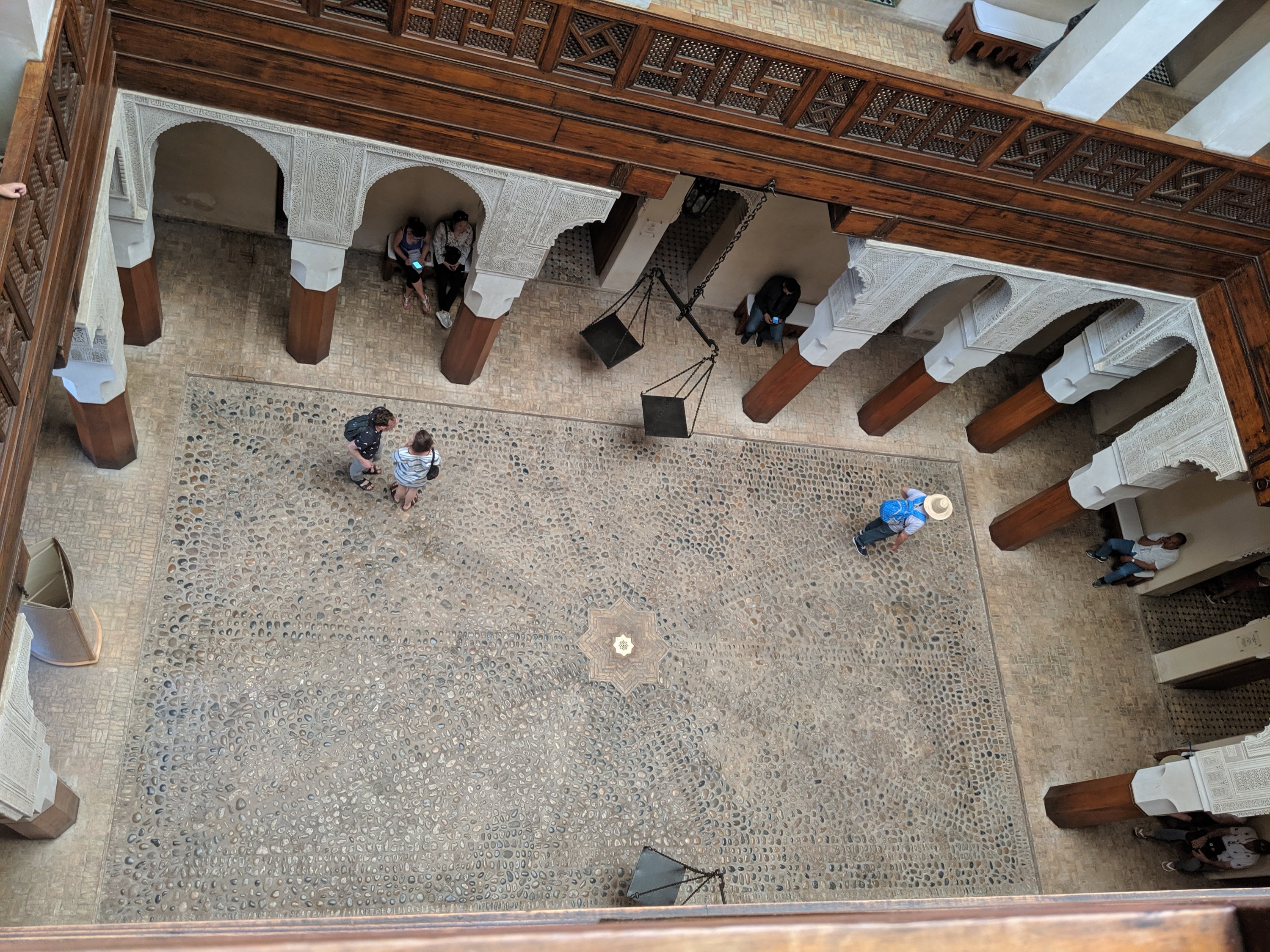 After a hot day roaming around the medina, we found our way back to the hostel before leaving for the Marinid/Merenid Tombs. From here we had a beautiful view of Fes, but also got to witness the sunset spectacle of the muezzin‘s chant, which announced the end of fasting. 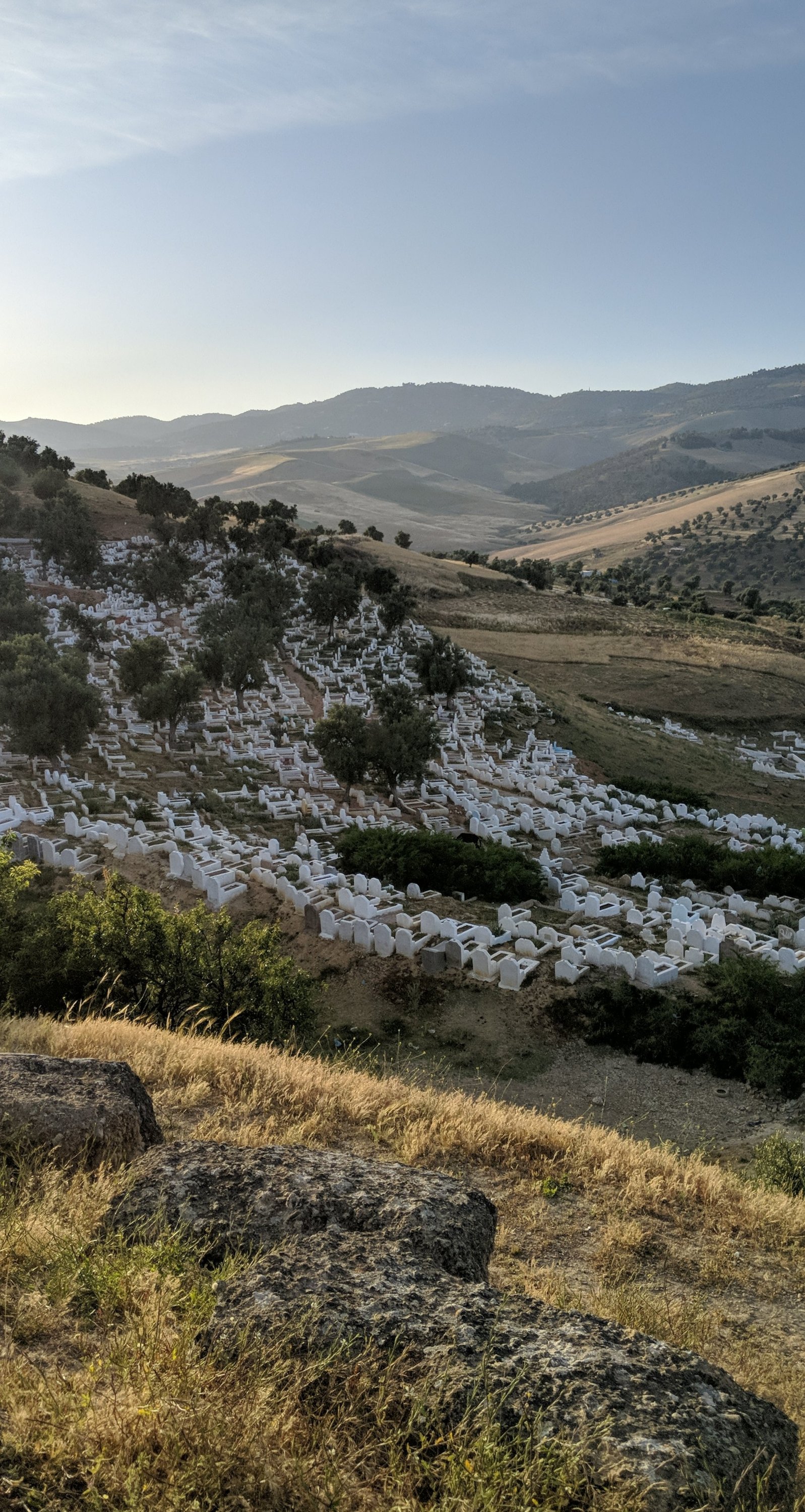 To signify the start, a cannon exploded, followed by sirens, and then chanting coming from the various mosques in Fes.

It was amazing to witness the ripple effect amongst the mosques, as well as watch all of the streets clear immediately. The city was still, except for the wandering tourists. Though I don’t completely understand Islam, Ramadan, or the various rituals/prayer times throughout the day, I’ve been able to appreciate the peacefulness and periods of reflection it instills, as well as the sense of community it builds amongst Moroccans. 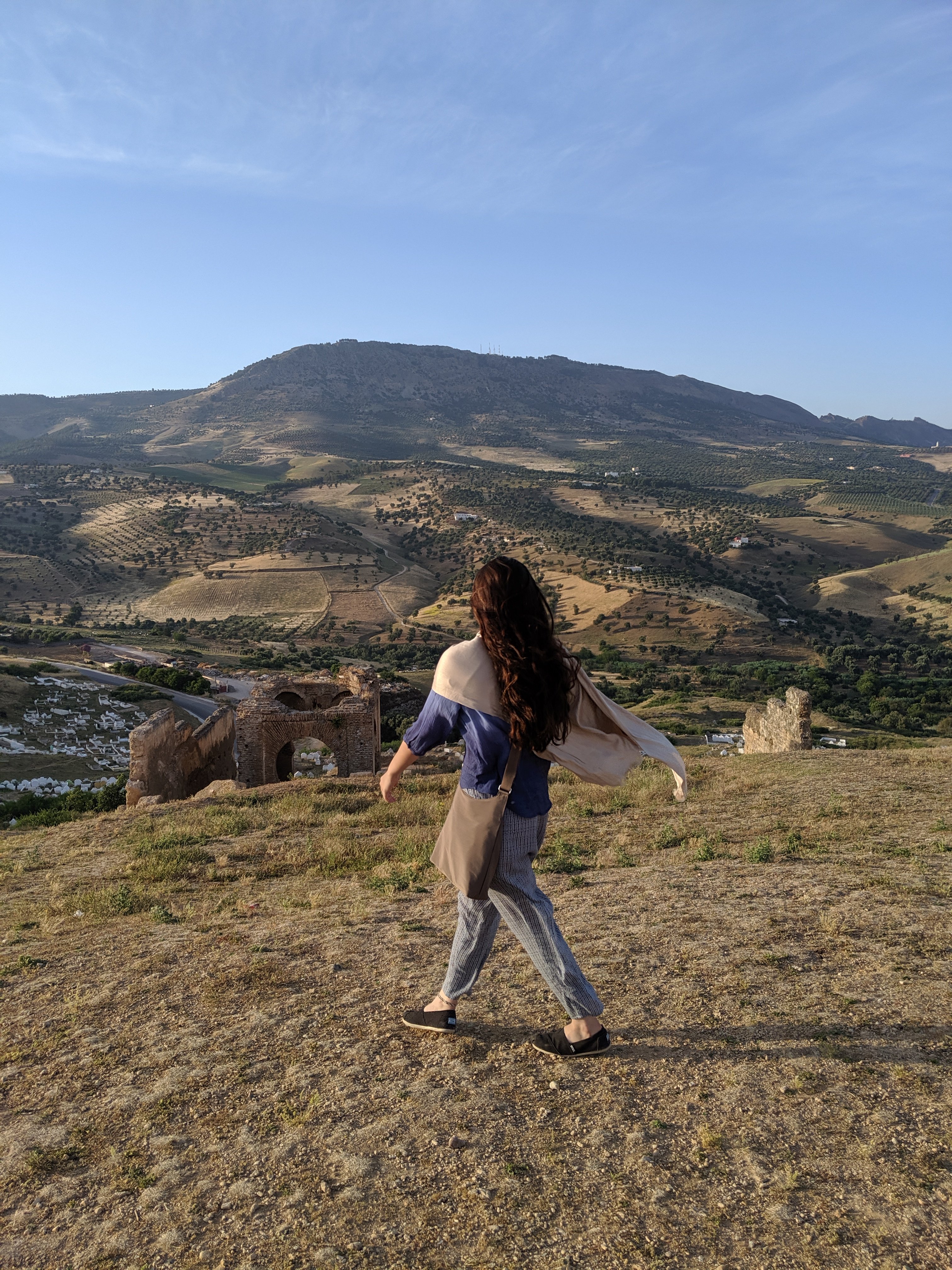